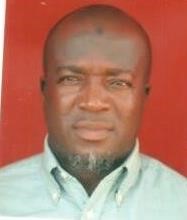 Abdulfattah, Adesina Raji is a Senior Lecturer and a Researcher. His insatiable taste for knowledge and scholarship has so far delivered five degrees. In 1995, he obtained a Bachelor of Science in Political Science from Bayero University, Kano and subsequently a Master of arts in History and Diplomatic Studies from Lagos State University, Ojo, Lagos. He later earned a Master of Science in International Relations at the University of Lagos, Akoka, Lagos. Thereafter, he proceeded to Lagos State University for a Postgraduate Diploma in Education (PGDE). Now, he holds a Doctarate of Philosophy (Ph.D) in Political Science from the only prestigious University of first choice and the Nation’s pride, University of Lagos, Akoka, Lagos.

While his articles have been published in several local and Internaitonal Jounrals, he has also contributed chapters to several books.