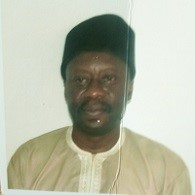 Prof Goke Lalude obtained a Degree in History with a Second Class (Upper Division) at the University of Ife (now Obafemi Awolowo University,), Ile-Ife in 1984. He had his Masters Degree in Political Science at the University of Ibadan in 1986 and a Ph.D of the same University in 2006. He started a career in academics as an Assistant Lecturer in the Political Science Department at the then Ogun State University, (now, Olabisi Onabanjo University) Ago Iwoye in 1996. He got elevated to the position of Lecturer II in 2000, Lecturer I in 2003 and Senior Lecturer in 2007, before joining Fountain University, Osogbo in 2009 where he rose to become an Associate Professor in 2012 and Professor in 2015. At Olabisi Onabanjo University, Lalude was Faculty of Social Science’s Coordinator, Center for Sandwich programme between 2004 and 2006 and Ag. Head of Political Science, 2006 to 2007. He was Ag Head of Political Science in Fountain University between 2009 and 2010. He was also the Dean, College of Management and Social Sciences, 2010 to 2015 before being appointed pioneer Dean of Postgraduate School in 2015. He was again appointed Dean, College of Management and Social Sciences from December 2016 till September, 2021. Prof Lalude is married with three daughters.