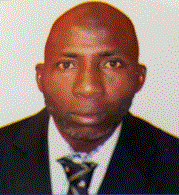 Orokola Isiaka Ayanniyi is an assistant lecturer of French studies, African literature and culture in the Department of General studies unit Fountain University, Osogbo. He received his First degree in French between 2004 and 2008 at Unversity of Lagos, Akoka Lagos. He previously taught similar disciplines at the Nigeria French Language Village Ajara –Badagry between 2009 and 2015.

He had his Master degree in French in the year 2012 and 2015 from the University of Lagos, Akoka,Lagos.. He was employed as Assistant Lecturer at Fountain University, Osogbo in the year 2015.He is currently a Ph.D student at the University of Ibadan. His research interest includes Francophone African Literature and French Literature, Gender Inequality in Selected Senegalese Novels in Contemporary Female 21st Century