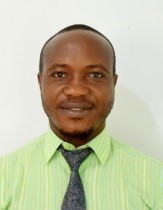 Raheem is a PhD candidate at the Faculty of Communication and Media Studies, Ajayi Crowther University (ACU) Oyo. He joined Mass Communication Department of Fountain University, Osogbo, where he began his academic lecturing career in 2018. Between the year 2014 and 2018, he served as Technologist1 in charge of the Mass Communication studio complex.

His academic qualifications include a B.Sc. in Radio and Television Broadcasting from Lagos State University in 2008, obtained his Master’s degree from National Open University of Nigeria (NOUN) 2018. He served as the Secretary to the department among other administrative responsibilities.

Raheem has published in communication journals and currently young researchers in the area of development communication in Nigeria. He is a member of Association of Communication Scholars and Professional of Nigeria (ACSPN). He is interested in collaborating with other researchers in environmental health and climate change. He looks forward to a rewarding and diligence research efforts both locally and internationally.