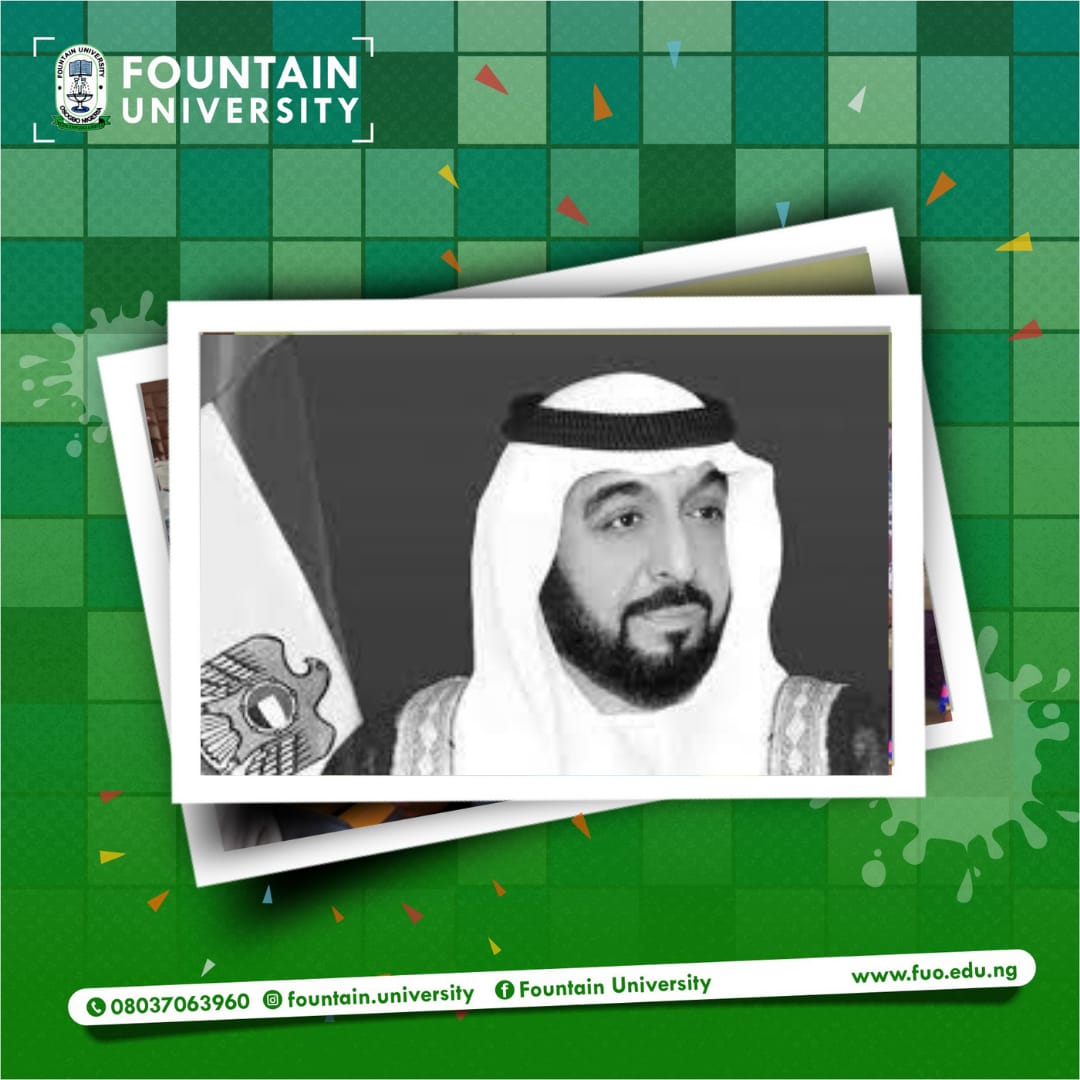 The Vice Chancellor of Fountain University, Osogbo, Prof. Amidu Sanni on behalf of the Board of Trustees, Council, Management, Staff, and Students of the University has condoled with the Government, the royal family and the good people of the United Arab Emirate (UAE) and the Emirate of Abu Dhabi following the transition of His Majesty, Sheikh Khalifa bin Zayed Al-Nahyan, the second President of UAE and the 16th ruler of Emirate of Abu Dhabi.

The Vice Chancellor’s condolence message was conveyed in a letter addressed to the Ambassador of the United Arab Emirates in Nigeria, Dr. Fahad Mohammed Obaid Al-Taffag today.

Prof. Sanni who described the demise of the King as a rude shock however noted that during his lifetime, he was an admiration to all due to the spectacular human, infrastructural, and economic development achieved under his leadership since November 3, 2004.

“We take consolation in the fact that he was able to improve on the legacy of a sustainable pattern of prosperity and security, not only in the UAE and Abu Dhabi, but across the Gulf Region and the World at large”, he said.

He further added that the departed king’s political reforms at home, the diversification of the economy, the remarkable attention to the Northern Emirates, and the contribution to regional and world peace will for long remain a historic point of reference.

Prof. Sanni prayed that the Almighty Allah grants the good people of the UAE, Abu Dhabi, the Arab and Muslim world, and indeed the entire humanity the courage to bear this irreparable loss. He also beseeched Allah to endow UAE with a good successor to carry on with the monumental breakthroughs and deeds of the departed King.